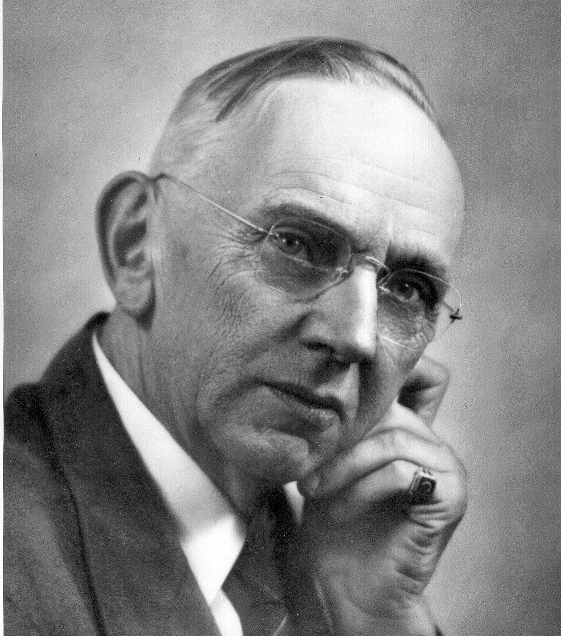 Initially I became acquainted with Edgar Cayce around my thirtieth by a book ‘Edgar Cayce on Religion and Psychic Experience’. That resulted in reading much more about the life and activities of this unusual man (Hopkinsville, March 18, 1877 – Virginia Beach, January 3, 1945) through the published material of the Association for Research and Enlightenment (A.R.E.). He was a paranormal medium and clairvoyant who presented himself as a ‘psychic diagnostician’.

During his sessions (‘readings’) Cayce came in a trance, after which he got access to the so called Akashic records, which enabled him to answer questions from third persons about their health. To his big surprise however – he was an orthodox Christian – those answers made links with causes in previous lifes in Atlantis, Egypt, Palestine during the time of Jesus, the Essenes, the Roman Empire, South America, etc. His ‘practice of readings’ expanded in due time towards a much wider scope of explaining dreams, forecasting the future and business advice. Because of those trances, in which Cayce came during his sessions, he was called the sleeping prophet by Jess Stearn. So, his book about Cayce got the title “The sleeping prophet”.

“… the credibility of the Edgar Cayce readings is not at issue. In fact, the content of many of the readings were quite incredible to Edgar Cayce himself. He had been a devout Presbyterian. For years he taught Sunday School, until the growing demands for his psychic counseling deprived him of the time and energy. He was, on all counts, an orthodox Christian. Some of his utterances while asleep were certainly unorthodox – and he knew it when he had them read back to him. However, these utterances had not come from him but through him. He was, in a sense, being used. He hoped it was by God, but he could not explain why.
Describing his own role during a psychical experience, Edgar Cayce said that the last event of which he was consciously aware was a blinding flash of light. He then found himself in a vast room, its walls lined with large volumes – the Hall of Records. Someone was there – the Keeper of the Records, but Cayce never described him.
Whoever was conducting the reading – usually Cayce’s wife Gertrude or his older son Hugh Lynn – would put to him the matter to be discussed. The Keeper of the Records would indicate a certain volume. Without actually knowing it or actually reading it, Cayce seemed to know its contents, and he would begin to speak. After an initial statement, he would answer questions. Readings usually lasted about a half-hour. When Cayce awoke, he had no idea of what he had said and was often as astounded by his own words as those who had heard them.

All this material was registered and forms an extensive source for studies of all kind until the present day. The A.R.E. (Association for Research and Enlightenment) in West Virginia has developed itself towards an active New Age center for research, courses and other activities with a publishing house and radio and TV station.

This brought me for the first time thoroughly in touch with a serious approach of  reincarnation and karma, after which I further explored this. In that research I became very impressed by amongst others the book Twenty cases suggestive of reincarnation by the great pioneer in the field of serious scientific reincarnation research, Prof. Dr. Ian Stevenson from the University of Virginia, due to his careful approach. In the part on Reincarnation I will extensively elaborate on him.

It expanded my view on the evolution of the soul throughout many subsequent earthly lifes and the developments in the cosmos.

In honour of Stephan Schwartz, someone else from Virginia, of whom I discovered only today (2020) after ± 50 years our shared experience of getting for the first time in touch with Edgar Cayce’s readings with a lot of impact on our life I add here his extraordinary story from an interview on how that started for him.